Calf and lamb day goes ahead

When Bush was unable to run its Lamb and Calf Day for the second year running, the southern Tararua Schools leapt at the chance to have their children bring their lambs and calves to the neighbouring Dannevirke show day. As one mum said, “The kids spend so much time raising and training their animals they deserve to display them at least once in the season.” She went on to say she understood why some schools did not participate, blaming Covid and restricted schooling in recent months for making the decision. With the southern influx bolstering numbers provided by Ruahine, Dannevirke’s Lamb and Calf Day was much better than the previous two years with 12 calves and 30 lambs up for judging. With the weather absolutely stunning — so hot, calves sought the shade of the covered pens and lambs rested under the southern trees — the day was thoroughly enjoyed by animals, children and parents although as the day went on some of the calves began to tire of being led in the ring by their diminutive owners and the odd lamb tried to escape. No such event happened as the day was so well organised every possibility had been considered. The Lamb and Calf Day has been running almost 100 years, after all. The judges said the quality of the animals was superb, Jerome Pitt saying he had not seen such great lambs in his time judging at the show. 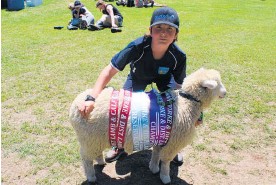 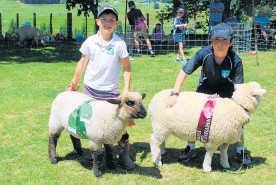 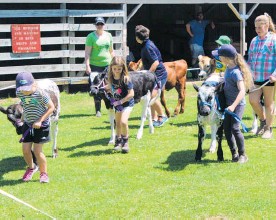