Cranford Hospice will be able to continue supporting the Hawke’s Bay community, thanks to the funds raised through the hospice’s emergency appeal. The hospice was forced to launch an urgent appeal after the cancellation of the 2021 Hawke’s Bay Wine Auction, its biggest annual fundraiser, among other events, earlier this year. Within weeks, however, the Hawke’s Bay community had responded to the call and helped raise more than $170,000, with more still coming in. Cranford Hospice chief executive Janice Byford-Jones said the community response had been “amazing and heartwarming”, and she was incredibly thankful. “The reality is that we were under such financial pressure that we may have had to rethink how we offer our service. But as they always do, our community has connected to what we do and responded to our pleas so generously.” Hawke’s Bay Wine Auction general manager Elisha Milmine echoed the importance of the hospice’s work in the community. “Any one of us or our loved ones could require their [Cranford’s] services. Without the ongoing assistance of the community, they cannot continue providing their services at no cost and we know they need support now more than ever.” The Hawke’s Bay Wine Auction, through its compassionate community of supporters, has also donated to the appeal. Byford-Jones had previously said it would cost the hospice $6.9 million to provide specialist palliative care services to the Hawke’s Bay community this year. After Hawke’s Bay District Health Board funding, Cranford would still need to raise the remaining $3.4 million from the community. This would normally be done with $1.2m of income from community fundraising events and other funds from retail stores, bequests and grants. The $170,000 would go some way to supporting the work they do, she said. 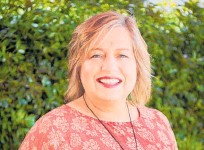