Hapu count the cost of a spate of attacks

Ahapu have been left without basic amenities at their whare after a series of thefts and vandalism attacks in recent weeks involving an air rifle. Ngati Te Paea hapu of Huia iwi o Waikato had leased the building on Parekawau Road near the O¯ hau River from Horowhenua District Council and were now unable to use it after the attacks. In recent weeks two water tanks, a water pump and portaloos had been ripped from Whare o Te Paea and stolen, leaving the building without the basic amenities like power and toilets needed to host people and hold hui. In a separate incident, most of the windows to the building were shot out with an air rifle. Ngati Te Paea hapu member Tony Ireland said the windows had since been boarded up and complaints had been laid with police. “Someone is walking around with an air rifle. This should be of concern to police,” he said. “We are unable to hold hui now — we can’t even use the wharepaku.” 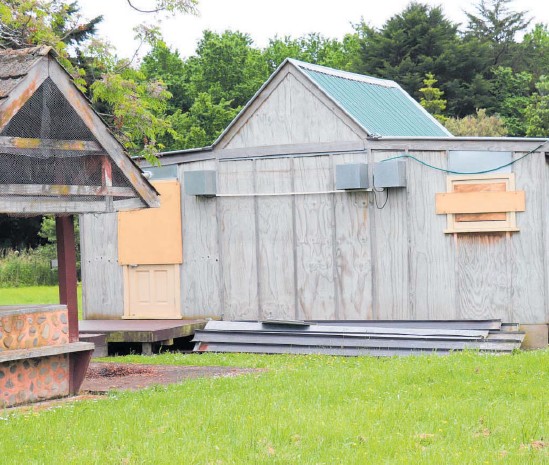