Local hero keeps focus on ‘positive future’ for all

The New Zealander of the Year awards office says now more than ever, it's time to celebrate the people and moments that unite us. The office has announced the 100 Kiwibank Local Hero Medallists for the 2022 Kiwibank New Zealand Local Hero of the Year Award Te Pou Toko o te Tau. And Rotorua's Jessamine Bradley is one of them. The Kiwibank Local Hero Medallists each take extraordinary action to better our communities and our nation. Individually, they are people having meaningful impact in their respective communities. The New Zealander of the Year Awards Office says collectively, these outstanding individuals remind it of the true spirit of New Zealand, and reflect the mana of this award. Earlier this year, the New Zealander of the Year Awards Office called on Aotearoa to celebrate our people by nominating their local heroes. An overwhelming number of nominations were submitted and 100 outstanding Kiwi have been selected by judges. Born in Rotorua, Jessamine (Jess) Bradley has been deeply connected to her community throughout her life. Working in tourism since a young age, Jess has always been peoplecentric and resourceful, and enjoys every day working for the multiaward-winning Kaitiaki Adventures. Covid-19 has thrown in some new and unique challenges, however Jess has continued to find solutions to keep her colleagues working while also serving the environment and her community. Jessamine has been an integral part in three successful environmental initiatives: Project Whakahaumanu (Revive & Restore to Health) to restore and protect the whenua of Te Wehikura, Te Kaingahu and Waipapa 1A3; Te Maunga ō Tarawera (Mt Tarawera) conservation programme, eradicating wilding conifer and restoring the heritage landmark; and the Kaitiaki Kurawai, a water catchment system used on urupā to enable whānau to seamlessly observe tikanga on wahi tapu (sacred sites) while mitigating plastic degradation. These initiatives have not only created work opportunities to keep her tourism employees afloat, but they have helped raise awareness and appreciation for iwi and ecotourism collaborations, and their fundamental benefit to the wider community and tourism industry. Jessamine says the nomination came as a complete surprise, and she did not know that she had been nominated. To be named one of the 2022 Kiwibank Local Hero Medallists is, in her words, “incredibly humbling, but to be honest a little overwhelming”. She says these environmental projects were pre-existing prior to Covid. “However, with the huge downturn in tourism [due to the international borders being closed] we were afforded the opportunity to double down on these projects; creating sustainable, meaningful employment alongside considerable outcomes for te taiao [the environment].” This is something everyone in the team is incredibly proud of, she says. “The Covid-19 pandemic has been devastating in not only our business but virtually the entire tourism industry,” she says. “With adversity, quite often opportunity surfaces, and we are very much focused on the future albeit we will be operating in a new tourism landscape.” Jessamine says she has always stayed committed to the Bay of Plenty region, but this has been at a great personal cost. “Since the start of the Covid-19 pandemic, and due to personal circumstances, I have been unable to be with my three children, currently in Brisbane with their father for more than 20 months. “I have kept my focus on a positive future and supporting others to improve theirs.” Kiwibank chief executive Steve Jurkovich says: “If there has ever been a time to celebrate those who've made outstanding contributions to the wellbeing of our country, it's now. “It is a real privilege to honour selflessness, creative and visionary people that make us proud to call Aotearoa home.” The medallists are now in the running for the 2022 Kiwibank New Zealand Local Hero of the Year Award Te Pou Toko o te Tau. Semifinalists for this award, and the six other award categories, will be announced mid-december. The 2022 Kiwibank New Zealander of the Year Te Pou Whakarae o Aotearoa and supporting category winners will be announced at the New Zealander of the Year Awards Gala Dinner in Auckland on March 31 next year. To learn more about the medallists and their stories, go to nzawards.org.nz. 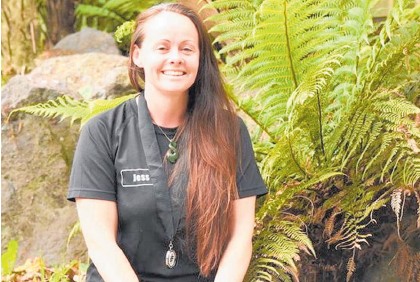