Speedy skiers made their marks

Taupo¯’s Lisa Powell, a dare devil on the snow along with brother Rick were part of the New Zealand six-person speed skiing team to represent New Zealand at the 1992 winter Olympic Games at Albertville in France. Lisa first came into prominence in 1990 when she won the giant slalom at the New Zealand National Skiing championships at the Remarkables. She was a surprise omission from the New Zealand team at the time and it was not long after that she turned her attention to the adrenalin rushing demands of speed skiing, with immediate success. Trying her luck overseas, Lisa in 1991 sped down the mountainside at Vars in France at 191.890km/h. Later that season at the same venue in the French Alps both she and Rick went on to blitz the New Zealand record when Lisa produced a break neck speed of 204.54km/h and Rick 205.45km/h. Lisa was not done yet and went on to set new and amazing goals. In 1992 again at Vars she produced downhill dashes of 193.966km/h, 199km/h (when finishing third in the World Cup) and her record 209.429km/h, which stood for many years. This incredible record from the Taupo¯ speed skier and Olympian will be remembered for ever as an incredible sporting feat by a determined and fearless sportsperson. Lisa’s brother Rick was yet another of the speed skiers to be included in the New Zealand Olympic Games team to be part of the furious action of the Winter Olympics in Albertville, France, in 1992. Like Lisa, he just relished the challenge, rush and adrenalin thrill of the discipline speed skiing provided. There was nothing the snow bunny liked better than to be on a mountain and especially to career at tremendous speed down the slopes. Rick spent months and years during the northern winter in Europe and in Canada where he set many records in speed skiing. A member of the New Zealand 200k club, Rick topped a downhill speed of 210.39km/h at Vars in France in 1992. The former Taupo¯-nui-a-Tia College student first set a New Zealand record in 1991 when he clocked 204.45km/h after an amazing downhill dash. Rick went on to set many more records in the years that followed and reached the biggest milestone of his unusual sporting career when he was part of the New Zealand Winter Olympic Games team in 1992. In 2007 he strapped on a different pair of skis, representing New Zealand in waterski racing and bringing home two bronze medals and a fourth place overall. 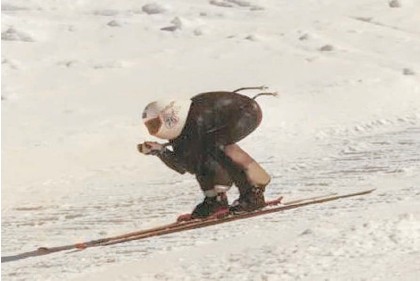